2019 was a great year for SourceCred: we took the project from “prototype” to “alpha”. What that means, is we’ve gone from having zero users to having one user. The system is now live. We’re flowing cred and making it grain.

However, the quality of SourceCred is still… very alpha. Key features are missing; the UI is basically non-existent; it’s deployed using hacked-together scripts and Observable notebooks; and it has almost no documentation.

For 2020, let’s set our sights on going from “one user” to “several”. That means moving from alpha-quality to beta-quality. Here’s my take on what the path there looks like.

Thanks to @sriche for reviewing earlier versions of this roadmap.

We need the Supernodes system because it allows SourceCred to focus on outcomes and not just activity. Without it, SourceCred risks badly misbehaving at scale or when there are bad actors in the community.

Boosting will serve many functions:

Today our SourceCred deployment depends on a bunch of non-portable scripts that I run on my laptop every week, and also on observable notebooks that I manually create every week. 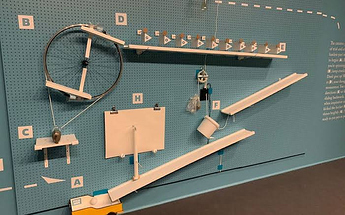 This needs to be changed.

Goal: make it easy for people to learn about, use, and contribute to SourceCred. May include, but is not limited to: