This week, I had the opportunity to talk to someone who hadn’t been back to check on the SourceCred community for quite a while. The last time he was around, SourceCred had just begun the Credsperiment and there were still only hints of other communities interested in using SourceCred to rewards its contributors.

2020 has seen a flurry of activity within the SourceCred ecosystem:

I wanted to take the time to share here on Discourse who those other communities are, how they are currently using SourceCred, and any important historical information. Please do add extra context in the comments if I’m missing something. Hopefully we can keep adding to this list together as we grow more!

**: PRTCLE and SEEDs have liquidity issues making the true value of the tokens flowed back to SourceCred hard to determine

And the SC Explorer here

Woah, that’s a lot of growth. I think I got those numbers from you less than a week ago haha You’re distributing 20,000 PRTCLE weekly then?

Also, it seems like you first started using SourceCred back in June, but didn’t start distributing PRTLE until a few weeks ago, is that correct?

@youngkidwarrior thanks for the information

An update from Metagame / @META_DREAMER has been added to the first post:

-Metagame has started flowing Cred and SEEDs back to SourceCred as of late September 2020. This is retroactive dating back to the first SourceCred/Metagame interactions in February’s CredCon 2020 of lore.

A further requested tweak: can you update to mention that there is only ~$4k liquidity for those looking to sell PRTCLE? 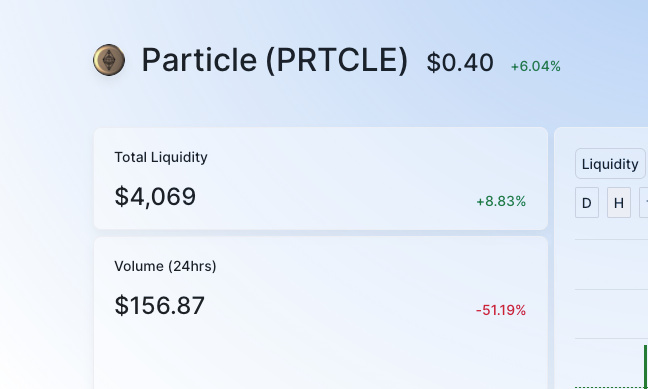 Saying “~$10,000 a week at current prices” is a bit misleading to potential contributors. Happy to remove this comment if more liquidity comes in! Just think we should be careful not to give unrealistic expectations to contributors new to SourceCred.

Hi all. Love the vibe here and trying to catch on.

I have a verified BrightID now. How do I connect this - and my blockhain address - to SourceCred/1Hive/Maker/Metagame/Shenanigan now please?