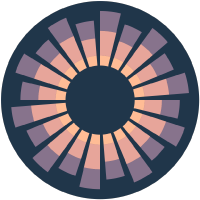 Join us for the weekly SourceCred community call! Community calls typically occur every is Tues at 10am (PST).

This New Years Eve day call was again more informal, with @s_ben forgetting the meeting was happening until @LB pinged him on Discord (thanks!). Topics discussed included ongoing organization of the Discourse, planned custom UI, creating environments that are welcoming to non-binary and other participants underrepresented in tech spaces, permissionless work, and the optimal growth rate of the project.

@brianlitwin has been working on a code task, looking at taking on another, generally catching up with all the new concepts. Told story of early involvement in the project (where he took notes in meetings; give him some retroactive cred?), his journey to become a developer. He was encouraged to quit his job and just work on SourceCred.

@LB has started distilling info into beginners guides, made google slide backgrounds that can be used for presentations. Has also been doing random impromptu calls talking to people about SourceCred.

@s_ben has three podcasts in the can, and is planning to strategically release them on social media next week. Has been participating in Discourse discussions. Gave a bit of his backstory.

Recording of the call