At our office hours call today, we came up with a new tagline for SourceCred, namely:

I’m quite pleased with this; it is both general and descriptive, and I don’t think we could take any words out without losing important meaning. This replaces previous taglines like “shine a light on open-source contributors” or “recognize people for the value they create”, all of which were vaguer and communicated some intention/goals, but didn’t communicate what SourceCred is.

Of course, pull requests accepted–I welcome any suggestions on even better taglines.

Thanks to @rzurrer for describing SourceCred as a “peer-reviewed reputation protocol” which really got the discussion going, and to @mzargham for suggesting “open collaboration” in lieu of “open endeavors”.

I also lightly refactored medium to highlight @decentralion’s intro article (which probably should get a tweak to reflect the tagline) and changed the tagline on the publication level. 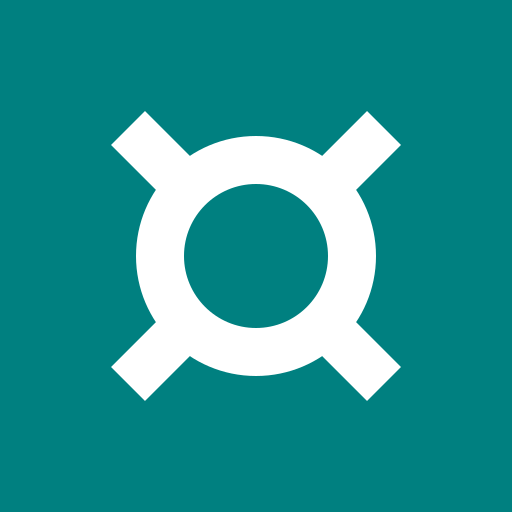 SourceCred is a reputation protocol for open collaboration.

Another “tagline” kind of idea (probably not a tagline itself, but a nice little meme):

It seems to me like a subset of what SourceCred can do. Of course there’s a big focus on economics, but it’s more like the protocol is designed to be resilient and create positive incentives when used for payments.

I’d like to propose a notion to change the tagline to “SourceCred: a protocol for open collaboration.”

This is because the cadence of the words it flows off the tongue easier without the word reputation in there lol. Also, it’s conceptually simpler. It points right to the heart of the problem SourceCred solves: making it easy to do work you love on open projects with may collaborators. Reputation is a component that makes this possible, but that seems like a detail for the one paragraph elevator pitch rather than the tagline.

Curious what everyone else thinks

I’d like to propose a notion to change the tagline to “SourceCred: a protocol for open collaboration.” … it points right to the heart of the problem SourceCred solves: making it easy to do work you love on open projects with may collaborators.

I worry that “protocol for open collaboration” is too generic. It feels to me like that tagline could be describing Git just as easily as SourceCred. The core of SourceCred is Cred, which is a reputation score.

Frankly I doubt most users will care (or even be aware of) the distinction. “A protocol for open collaboration” is a simple concept that’s easy to understand, but potentially invokes curiosity in the reader/listener. If people ask: “Why is SourceCred different than all the other collaboration protocols out there?” then that’s a conversation starter - perfect for the elevator pitch.

All that being said, you live and breathe SourceCred every day. You understand it better than anyone. If you feel like having the word reputation in the tagline is important to stay true to the heart of the message then let’s keep it in

Dropping reputation does make it flow better. However that could make it too general. The question I’m asking myself is, “who is the target audience, and what do we aim to get across in our limited time?”. Perhaps in some contexts (e.g. in an elevator), “an protocol for open collaboration” is better. But when I imagine describing SourceCred to people more likely to use it (e.g. OSS, crypto space people), I think putting reputation in there is important because you only have a short amount of time to get across the basic concept. Which is essentially about reputation. It feels a little clunkier, but more effective. At least for the main uses I’m imagining for a tagline (website, articles, podcast description, etc.).

From your description: SourceCred: a high level overview

SourceCred is a protocol for open collaboration. It allows you to easily reward and recognize contributions.

I like the second part much better. I think both “reputation system” and “protocol” can be considered jargon. So if there’s something to improve on the current tagline (which I quite like tbh), it’s to use less jargon. How about

SourceCred: a system for recognizing and rewarding people in open communities

That’s a great point. While terms like reputation and protocol are technically specific, there’s even sometimes disagreement (or at least confusion) among developers as to what exactly terms like “protocol” actually refer to in the context of various systems.

What about: “SourceCred: recognize and reward open collaboration”

SourceCred: a system for recognizing and rewarding people in open communities

This is pretty good actually…could be more understandable for non code/tech projects too.

I also kind of like the idea of OSS projects having headless brands. I.e., we can (and should) have centralized control over brand/narrative, but also be open to (even encourage) other ideas that carve niches in new contexts. Perhaps taglines is a bad example though, as that is good to repeat…

I have had a couple ideas recently that I thought could be good taglines, but they’re probably more memes, so created a new Meme ideas post. @burrrata am I doing this Discourse thingy right?

Regarding the tagline, as @decentralion said in a call recently, often the best ideas come from what the intuitive misunderstanding of the thing is vs the rationalized over analyzed version. For the tagline we want something that is intuitive and sticks. It should be an idea virus that spreads. It should be contagious: something people instantly “get” when they hear it and then want to tell their friends. It doesn’t have to be super specific, it just has to make people want to know more

@burrrata am I doing this Discourse thingy right?

What’s the context for the question here? Are you asking if it was a good idea to create a Meme ideas post separate from the tagline post? If so, then yeah I think that’s an awesome idea.

What’s the context for the question here? Are you asking if it was a good idea to create a Meme ideas post separate from the tagline post? If so, then yeah I think that’s an awesome idea.

Just wondering if there was some new Discourse convention we had introduced that I missed (still playing catchup). Figured I was good, but just thought I’d make sure